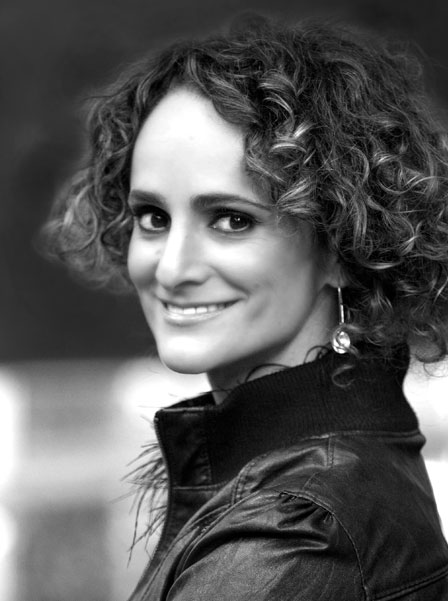 Alejandra
González
Anaya
FOUNDER AND
ARTISTIC DIRECTOR
Alejandra González Anaya is one of the Mexican directors with the greatest impact and experience at a national and international level in mass events.

Founder and producer of the massive events company VUELA, Alejandra is a dancer, choreographer and artistic director. She studied Political Science at ITAM, during her last semesters at the age of 25 and against all paradigms decided to pursue her dream to fly and become a dancer.

In 2010 she was chosen as one of the 10 creative directors of Mexico’s Bicentennial Celebration. He was in charge of the creative direction of the “Vuela México” segment within the Zócalo show for the Bicentennial celebration, the image of his segment was on the front pages of newspapers around the world.

In 2011 he was the choreographic director of the Ceremonies of the XVI Pan American Games in Guadalajara 2011. In 2012, he directed the choreography of the massive show for the 150th anniversary of the celebration of the Battle of Puebla.

In 2014, she was responsible for the production and artistic direction of the opening and closing of the Central American and Caribbean Games in Veracruz, Mexico, a show for which she was nominated for the 2015 Daytime Emmy Awards in the category “Best Special Program Direction”, and the ceremony won 10 Tellys Awards.

In 2015 he directed the Handover segment of the Pan American Games for Lima 2019 in the City of Toronto Canada. Creator and producer of the Opening Ceremony of the Tianguis Turístico de México in 2016, 2017 and 2018, the most important Tourism Promotion event in Mexico with more than 1000 tour operators worldwide.

The team headed by Alejandra Gonzalez created and produced 4 editions of the Day of the Dead Parade in Mexico City. This is the most important mass event in Mexico, which has become an international icon representing Mexican culture through the Day of the Dead. The Parade has the highest return on investment as a brand in the country.

In 2020, in the wake of the pandemic, VUELA and its creative team reinvented themselves as a creative agency in the advertising world and delivered one of the most successful campaigns in our country for the Televisa network in Mexico and Univision in the United States, honoring the pride and courage of Mexicans, called “Ponte tu Capa.”

In addition to leading projects within VUELA that will be launched worldwide, Alejandra recently produced the Celebration of the 500th Anniversary of the iconic city of Coatzacoalcos, Veracruz.

The celebration was at the height of a ceremony in any city in the world, bringing together hundreds of thousands of people in a river show and parade narrating the history of the city, effectively and emotionally involving the entire city in a celebration that will make history.